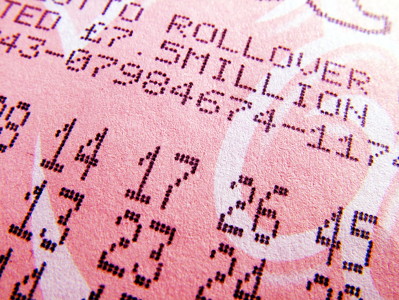 “It’s a lottery”. How many times have you heard that in relation to anything where the odds of something happening are so long that arguably one of the most notable organisations is used as an example.

For decades there has long been a debate about whether playing the lottery is actually gambling. It does divide a lot of opinions because it is often the case that those who do not gamble from an online casino or sports betting sense, will in fact buy a lottery ticket occasionally (for a price which they see as money they are prepared to lose). This is because, as well as the jackpot which, more often than not is the millions, there are other prizes which are lower, though still very attractive if you get fewer numbers. Even the lowest lottery prize will usually give you a return of around 5-10 times your stake.

Of course, there are many different types of lotteries that have been introduced over the years, though the one that a lot of people in the UK are familiar with is the National Lottery (now known as the Lotto). Once upon a time, this draw was televised on a Saturday evening and was incorporated into a popular show that all the family looked forward to. The iconic lottery machine which produced the balls, could arguably today still be classed as a British institution.

For many, they were sad to see this come to an end because it was something that they could look forward to and formed part of a fulfilled Saturday evening. Also, there was (and is) no limit on how many people can win (it was and is very common for people to get exactly the same numbers), which means they knew on balance that the chances of getting a return of even the smallest amount were actually quite favourable, due to the sheer random nature. 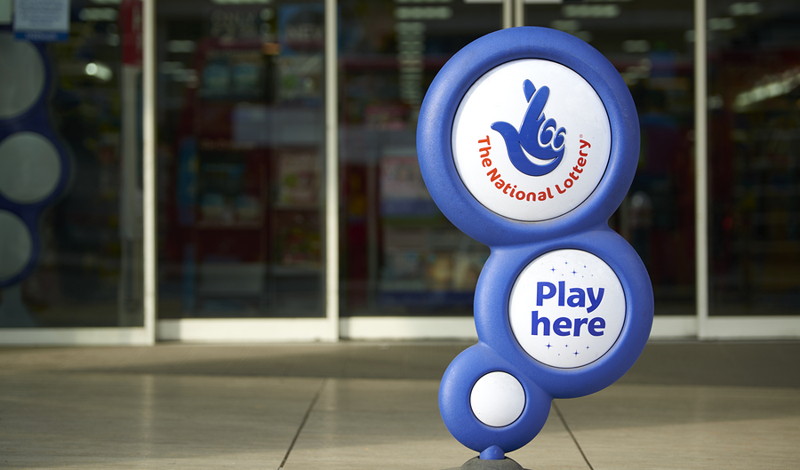 Let’s take a look at the statistics from the original 49 ball game format, which started in 1994 and which balls appeared the most often.

*Data from the National Lottery

As you can see, when it comes to how frequently the numbers were drawn, over a 19 year period, this worked out to be quite even, with a modest range of 62 (215 to 277) over 2065 draws, which when you consider the law of probability, over this kind of time frame, the theory does prove that there is some kind of substance to it.

What is also interesting, is that over this period, there is not necessarily any kind of pattern that shows the higher numbers were drawn as many times as the lower numbers; in fact, they are all quite evenly distributed.

As can be seen from the table above, while there isn’t really any patterns which indicate a particular range (higher/lower) of numbers were the most or least frequently drawn, there is actually quite a substantial difference in relation to the amount of times each set were drawn.

For the least frequently drawn, the range was in the lower half of the 200-300 percentile with this figure being 17 while those that were more frequently drawn were in the higher half (actually the top quarter), with only a range of 8 despite the draws being completely random. So, all in all, there is quite a substantial difference with this variable.

On 10th October 2015, the traditional lottery format of using 49 balls changed to include 59 balls in a draw which gave people more options.

*Data from the National Lottery

As can be seen from the table above, which covers exactly 515 draws, there is an interesting distribution frequency of numbers. Interestingly there are close groupings in terms of the amount of times that each number has been drawn, with a range between 42 and 66.

It is also perhaps curious (despite all draws being random) that the highest amount of times that a number has been drawn being one of the highest numbers available (58 = 66), while the lowest (6 = 42), is one of the lowest, while 24 which still in the bottom half of the range being drawn the same number of times (this is also a multiple of 6).

The table above paints a very interesting picture; particularly if you are in any way superstitious. For the most frequently drawn lottery numbers all of them apart from one are in the higher range (and have also been drawn a similar amount of times, with a range of just five - 61 to 66).

For the least frequently drawn numbers, again with the exception of one which could be considered to be in the higher range (48), they are all in the lower half, perhaps you could count 33 as being just in the upper bracket as well. What is arguably so interesting is that the least frequently drawn numbers have an even smaller range of being drawn than the higher bracket, with a range of just two (41-43).

When the Euromillions was created, this caused particular excitement among many traditional lottery enthusiasts, mainly because of the sheer increase in potential prize money, which has over the years reached into the hundreds of millions when you factor in rollovers (when the grand prize is not won, this increases every week). It was easy to forget for many people though, that this covers Europe, which means that there are many more people who take part in it.

This also had less numbers than the updated version of the National Lottery, while there was another novel feature - lucky stars which ranged from between one and 12. You of course need both lucky stars to win the grand jackpot, while even one of these plus three other numbers can make a substantial difference in terms of the prize money that you can win.

The table above, compared to the one from the National Lottery shows that the number frequency is a lot more evenly distributed and that really, there are no particular correlations or patterns even that can be identified. Perhaps the only issue of note for the time period analysed, is that there are two pairs of consecutive numbers (35 and 36 as well as 45 and 46) which were drawn the same number of times (35 and 36 drawn 33 times, while 45 and 46 were drawn 42 times).

Most And Least Common Numbers - Euromillions 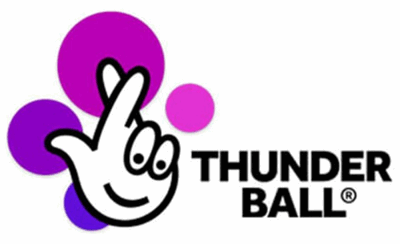 Alongside the National Lottery, the Thunderball provided an alternative for people looking to increase their chances of winning an albeit, much smaller jackpot compared to that of the traditional lotto, though it worked in the same way. Indeed, this draw was also televised immediately after the lottery draw on the same show.

Televising this was actually a good way to help raise awareness and gather more players, however, it has always been considered the ‘little brother’ in lotto circles. Originally, this had a possible 34 numbers plus bonus balls, before increasing to 39 in 2010.

Perhaps it has to do with the fact that compared to the National Lottery and Euromillions, this is an analysis of considerably more draws, which may suggest why the frequency distribution of numbers drawn is a lot more compact and as such time plays a particular factor, with this averaging out over time. While it is completely random, just like the flip of a coin, if you did this 100 times, probability dictates that you would get a distribution that is around 50/50 for heads and tails.

That however does not mean that this will be even at every stage (five heads and five tails after 10 spins). This is a good example to use when thinking about the frequency of lottery numbers drawn and while the law of probability is not an exact science, it does at least have some basis.

Most And Least Common Numbers - Thunderball

There is not arguably too much of a gap in terms of frequency for these numbers in terms of range, though understandably, the most frequently drawn numbers do have a higher value from the perspective of the amount of times that they were drawn.

13 - Truth Behind The Superstition? 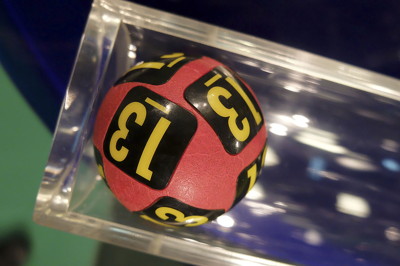 One interesting observation that can be made from each of these analyses touches upon a widely held belief that the number ‘13’ is unlucky and when you pinpoint this in each of the tables, you will see that it is consistently near the bottom in terms of the amount of times that it has been drawn. Interestingly, the only draw, from which you can apply the most reasoned logic to this, is in the original 49 ball draw, with the number 13 appearing, the joint lowest number of times (215).

The reason why this arguably carries weight, is because there were considerably more draws (over 2000), which is a very representative volume to take a conclusion from and this is also backed up by the fact that all of the other numbers (in terms of frequency) are not that far apart either in the grand scheme of things.

Regardless or not of whether people choose this are also discounting the law of probability, you cannot argue with statistics. Coincidence? That is not for us to decide, though it is certainly an illuminating trend throughout the analysis of the three draws.

Why Is The Number 13 Perceived As Unlucky? 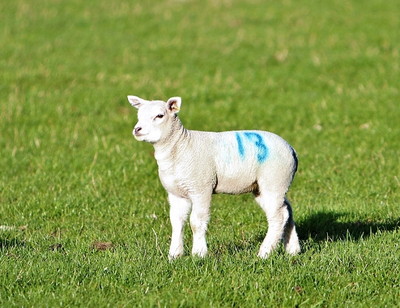 For some, this number actually might be lucky based on their life events, such as wearing that shirt number for a sports team and performing well, or having a particularly good flight on that date or a very successful operation, however, there are historical events surrounding that number which has given credence to this being perceived as unlucky. Below are just a few to add some illustration!

While these events provide some light illustration around the number 13, they should not however in any way really influence your choice of whether to pick 13 as a lottery number or not, if you do choose to do future draws manually. Afterall, there will be plenty of other numbers which are likely to have just as much unlucky significance, though it seems the number 13 has stayed in everyone’s consciousness due to the impact that the above events had and as such have been widely publicised around the world.

When it comes to lottery draws, it is always worth remembering that they are completely random, regardless of the figures that have been posted to date. This means that, while you could choose them yourself, you could be just as successful letting a machine try and beat another machine and ask for a ‘lucky dip’ which prints a ticket with random numbers, or select ‘choose at random’ if you are playing online.

Perhaps the one take away from this that you could almost definitely apply, is that you might want to avoid the number 13 if you are selecting numbers yourself, though as the saying goes it is, afterall, “a lottery”!