How Often Do Teams Score From Corners? 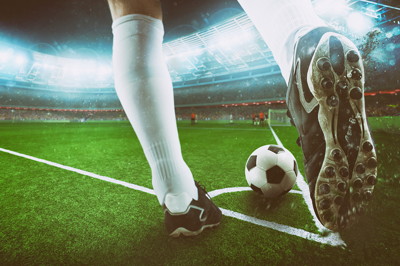 For a time in the 1990s some Liverpool supporters used to produce a fanzine called 'Another Wasted Corner'. It was a reflecting of the manner in which football fans always feel as though their team should do better with the set-piece, but was it a fair criticism? Perhaps more importantly, is it still fair for football supporters to be so quick to anger when a corner goes to waste during a match?

It's always been common for the crowd to get excited when their team wins a corner kick, but is that excitement actually based on anything? There's a strong argument that the corner is tilted in favour of the defending team rather than the attacking one, not least of all because they've got a goalkeeper that can use their hands to grab the ball out of the air.

With online betting the way it is these days you can bet on hat-tricks, penalties, corners, free-kicks, next team to score, etc., and so understanding how these events impact a game as a whole can make a huge difference. Here we'll have a little look at the statistics surrounding corners for you to bear in mind when you're thinking about bets to place.

What 'Scoring From A Corner' Actually Means

When it comes to scoring from a corner, there are many different ways that it can happen. The most obvious is that a corner comes in and an attacker player gets their head onto it and powers it into the back of the net. Yet whilst that might well be the most obvious example of scoring from a corner it certainly isn't the only one. Goals can be scored in the first phase, such as that, but it's more common for them to be scored in the second phase of a corner.

This means that the defensive team has perhaps managed to make something of a clearance, heading it out of the box only for an attacking player to get on the end of the clearance and then smash it into the back of the net.  Alternatively it may miss all the players in the box and be picked up by an attacking player who may send the ball back in to the mix. As a general rule of thumb, if a team has been able to reset itself then it doesn't count as being a goal from the corner. If, on the other hand, it's all part of the same move then it will indeed to classed as being a goal from the corner.

Whether the corner is taken short and then crossed in, hit to a person at the near post who then moves it on or else played in to someone on the edge of the box for them to hit it first time, there are numerous different routines that teams use to try to score from a corner. More often than not the defensive team will have all eleven players back in the box to defend a corner, which is what makes it so difficult to score from one and also leads to teams trying to find a routine that works for them.

How Often Teams Score From A Corner

It's not exactly a straightforward process to define what counts as success from corners. That is to say, a goal is obviously a sign of a successful corner but if you only score one goal from 300 corners then it's not quite as successful as it seems when you just talk about a goal having been scored.

In order to successfully decide how good or otherwise a team is at taking a corner you need to look at how many they were awarded during a season and how many they scored from. This will give you a conversion percentage, which you can then use to judge if a team is good at corners or not.

The table above looks at how the various teams did during the 2016-2017 Premier League season to give you an idea of how often corners tend to be scored.

The interesting thing from the above table is that you might assume that the most attacking teams would be the ones most likely to sore corners, but in actual fact they're mostly the ones that won the corners rather than went on to convert them into goals. The team with the highest conversion rate, West Bromwich Albion, actually received the fourth-lowest number of corner kicks, joint with Watford.

Is It Harder To Score Corners Against Better Opponents? 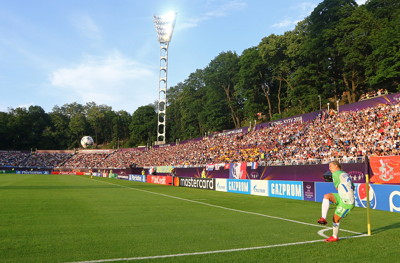 It would be fair to assume that the more talented a team is the less likely it is for a team to be able to score against them. Some research carried out in 2012 generally tends to disprove this theory, however.

On that basis they realised that 627 corners were taken during that period, from which 14 goals were scored. That's a ratio of 1 goal per 45 corners, or around 10% of all goals scored coming from corners.

In the US College matches the researcher entered into their work assuming that the ratio would be less because the players were of a poorer quality. Their research showed that 307 corners were taken, from which 9 were scored. That is a ratio of 1 goal per 42 corners, or around 9% of all goals scored. 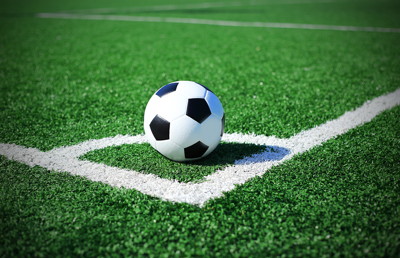 Where does all of that research leave us, then? The answer is, as you might imagine, somewhat complicated. The 2016-2017 Premier League season is just one year's worth of data, so it's not necessarily possible to draw overwhelming conclusions from it. Likewise the study in 2012 only used one World Cup and one US College campaign from which its numbers were taken.

That being said, a conclusive answer might not be possible but it's still entirely fair to suggest that corners aren't scored from all that often. In the summer of 2017 Opta provided stats for a Guardian column that suggested that just 3.2% of corners led to a goal. In the previous five seasons between 0.32% and 0.38% of goals per game came from corners in the Premier League and it was similar across Europe's top leagues.

One Reddit user, convinced that corners were essentially useless to an attacking team, analysed the statistics from around 11,000 matches in order to prove their point. From the 11,234 matches they looked at 115,199 corners were taken. From those corners, 30,812 goals were scored, of which 1,459 were from a corner. That means an average of 4.74% of goals were scored from corners, but only 1.27% of corners actually led to a goal.

With 11,000 plus matches being analysed for their work, it's about the most conclusive piece of information that we've been able to find on the issue. With that in mind, teams scoring from corners around 1.27% of the time on average is probably the correct takeaway figure to work with.