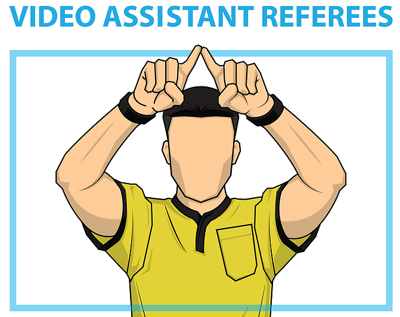 The recent introduction of video assistant referees (known more commonly as VAR) has caused a significant amount of controversy in football, especially in the Premier League, though there have been occasions where the VAR has caused problems on a bigger stage as well.

None more so than in the summer of 2018 at the FIFA Football World Cup in Russia, during the Group B opener between Spain and Portugal in Sochi when in the 24th minute, Spain striker Diego Costa crashed into Portugal defender Pepe, elbowing him in the face. As Pepe hit the ground, Costa thundered the ball into the net. With Spain celebrating, the referee during the match, Gianluca Rocchi communicated with his VAR at the time who was 1620 kilometres away and sat in a video operations room in Moscow. He determined that the goal was allowed to stand, despite Costa’s actions clearly being foul play and a breach of the rules.

The fact is that, the general consensus was that the introduction of VAR was seen as a masterstroke with many past incidents calling for a video assistant. While in other sports such as rugby league, this had been a success for well over a decade, it was clear that there were still teething problems.

VAR has also shaken up the betting world and now has a significant impact on the outcome of bets that may previously have won or lost.  We talk about how VAR influences betting and what you can do to help get the best from it.

Effect Of VAR In The 2019/20 Premier League Season

Table shows the effect of VAR after the 38 game season

Premier League Who Benefited Most From VAR 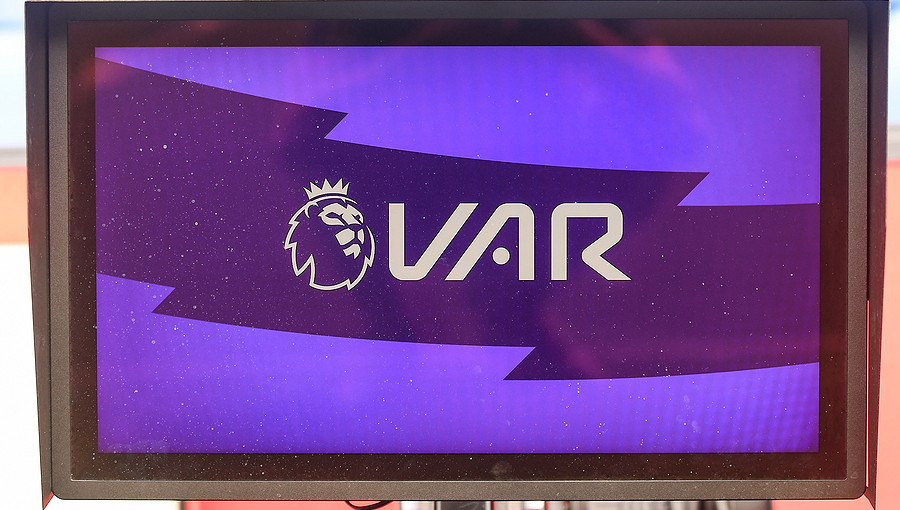 Of the goals that were ruled out the clear majority, 34, were for offside with handball the second most common reason with 14 decisions.  Conversely of the 27 goals awarded only 8 were given for an incorrect offside and two goals were allowed for a wrong handball decision.

Every single team apart from Newcastle had at least one overturned decision against them.  The team that benefited the most in terms of additional points gained was Brighton, who ended up with 8 points more than they would have had if there was no VAR.  This was made up of 12 overturns in total leading to two goals for and two disallowed goes for but no allowed goals against and 7 goals overturned for their opposition.  This had a significant effect as Brighton ended on 41 points with VAR but without could have had just 33 points, which would have relegated them.

West Ham and Aston Villa also avoided relegation in spite of a -4 VAR score whereas both Watford and Bournemouth, who were relegated, could have avoided the drop if not for their -2 VAR scores.  Norwich suffered particularly with a -7 VAR score, although this would still have not stopped them finishing bottom.

Liverpool benefited by two points but as they won the league by 18 points that was immaterial.  Manchester United saw the biggest VAR benefit at the top of the table with a net score of +7, without those VAR points United would have finished outside the Champions League spots while Wolves, with a -5 difference, would have qualified.

In terms of discipline 9 red cards were awarded by VAR compared to 3 red cards rescinded. 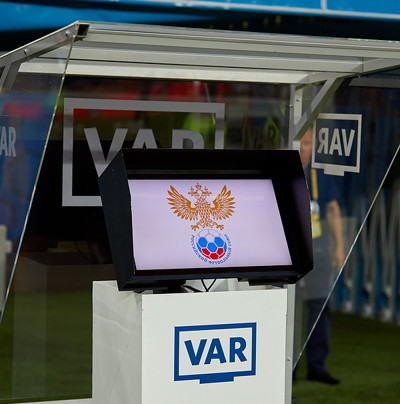 Over the last couple of decades and certainly since the beginning of the Premier League, there have been numerous appeals for a VAR in football when replays of goals have shown some which never should have stood or occasions where goals weren’t awarded when they should have been.

Perhaps one of the most famous scenarios and one which still splits opinion particularly among Republic of Ireland football fans was the qualifying play-off game for the 2010 World Cup, when Thiery Henry, who up to then had a practically unblemished career, deliberately hand-balled to score and ultimately made sure France went through.

Later that year at the tournament, Frank Lampard’s long range effort against Germany was deemed by both the referee and linesman to have not crossed the line, when replays showed that the ball bounced at least two feet over the line, before coming back out.

There were also many occasions throughout a Premier League season when even fans of opposing clubs called for VAR to be introduced, not least those fans of clubs who were playing Manchester United, when Sir Alex Ferguson was accused of intimidating referees into giving his side decisions. Perhaps, one of the more memorable instances of this was when lethal frontman Ruud van Nistlerooy led the line, with the Dutchman deemed to be the master when it came to beating the offside trap. In actual fact, there were many times when he was at least one yard offside and these decisions were either missed or officials decided not to risk the wrath of Ferguson.

Ironically, the introduction of VAR has now had the opposite effect of what perhaps many fans at that particular time would have wanted, with games now accused of being spoiled because too many players are stopped by VAR for being offside and as such the suggestion is that there are now more stoppages in play than is perhaps wanted.

There was also the year that Liverpool won the Champions League under Rafael Benitez and while everyone remembers that historic final, not many people would be familiar with the semi-final against, at the time, fierce rivals Chelsea.

For all intents and purposes, it looked like the game was headed for a stalemate and potentially penalties until Spaniard Luis Garcia was eventually deemed to have scored what has become known as a ‘ghost goal’, with latter replays not shedding too much clarity on the incident. A decision which was met with outrage by Chelsea boss Jose Mourinho at a raucous Anfield.

In 1966, the World Cup final between England and West Germany yielded arguably, one of the most famous contentious goals in English history and as a result, there are still issues over Sir Geoff Hurst’s second goal. Following a cross from Alan Ball, Hurst rocketed the ball onto the underside of the crossbar. While it is unclear from the footage whether it was a goal, first the linesman and then referee Gottfried Dienst awarded the goal, with Hurst then going on to complete his hat-trick.

Perhaps one of the most obvious instances where there should have been a VAR was in 2004 when Tottenham Hotspur visited Old Trafford having been the subject of bad luck against Manchester United. With the game drifting towards a goalless draw, Pedro Mendes took a shot from halfway and caught goalkeeper Roy Carroll unaware, with the Northern Irishman spilling the ball over the line. It was Carroll’s acting which made the officials (who were nowhere near the action) decide that it wasn’t a goal. 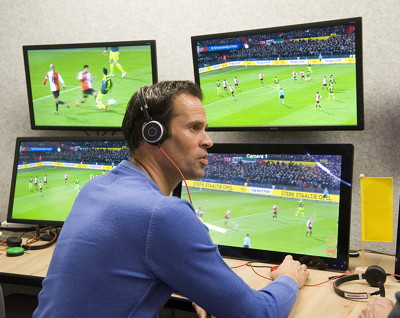 Anyone who bets on football regularly will now have had VAR influence a bet for either better or worse.  The days are gone when you would see a goal fly in and instantly know how that affected your bets, now you have to wait over a minute to find out if the men in the little box decide that decision will stand or not.  Indeed in many situations VAR will rule on something that no one on the pitch even saw, if these decisions result in your bet going down it can be difficult to take.

VAR also has more subtle impacts on bets other than just changing the result of one specific outcome.  For example, many people bet on events withing 10 minute periods of a match and if you've bet on say a goal in the next ten minutes and there is a VAR stoppage this can remove 2 or more minutes of active play while the clock keeps ticking.  The result of this is also more added time to account for these stoppages, making injury time game changing events more likely, VAR also produces more penalty decisions.

While you can do little about VAR decisions in general there is one major way to protect your bets, VAR insurance.  This has become a promotion popular with some bookmakers now to attract customers who are sick of VAR ruining their bets.  VAR insurance will often give you your stake back, or occasionally pay you out as a winner (either in free bets or cash) if you bet loses due to a VAR decision.  When you can find these they are certainly worth taking if you consider the number of games VAR impacts.  Indeed it is an ideal situation as if a bet loses due to VAR you don't lose out as much but if your bet wins due to VAR then you still win, best of both worlds.

It is fair to say that the future of VAR looks uncertain and there are definitely still significant issues in the decision making process. Whether the officials and powers that be, change what VAR can decide on in order to ensure that the game flows more smoothly remains to be seen, however, what is clear is that something does need to be done. With so many vital games in the future, with a lot riding on them, there is no doubt that there still needs to be some element of control.