How Often Are Goals Scored In Added Time? 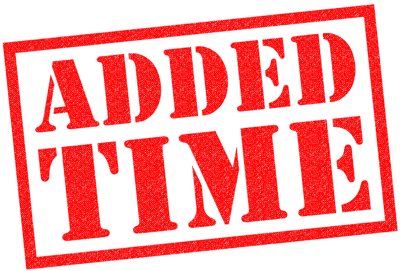 Everyone knows that football matches last for 90 minutes. Only, that isn't quite true. It's not uncommon for them to last closer to 100 minutes because of stoppage time added to the end of both halves by the match referee. The stoppages can be anything, from injuries to time-wasting or even substitutions being made, but the time added is at the referee's discretion. If you bet on football the frequency of injury time goals is an important consideration, especially if betting in-play or using cash out.

The idea is that the the time added by the referee is to ensure that there is actually 90 minutes of action, but this rarely happens. Indeed, time-wasting as done by the teams that are best at if often means that the ball can be in play for less than an hour. Nevertheless, time is added on at the end of a match and this is a chance for teams to score, but how often do they manage it?

When Are Goals Most Scored? 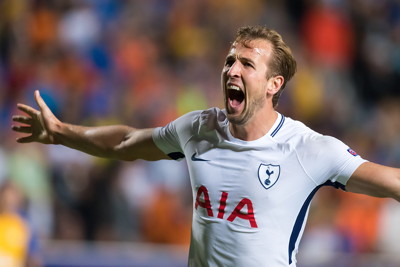 The tricky thing when analysing goals being scored in stoppage time is that a lot of the statistical websites don't actually offer this specific information. Instead they tend to lump all goals in the final moments of the first-half and the second-half as having been scored in the 45th minute of the 90th minute, in keeping with how they're viewed by the officials.

It makes sense, of course. After all, as far as the officials are concerned a goal scored in stoppage time is the equivalent of it being scored in the final minute of the match given it is time added on. According to one source, 75% of all goals are scored in the first and last 5 minutes of each half of football, which would suggest that stoppage time goals are common.

In 2013 The Guardian wrote an article entitled "The Most Prolific Minute In Premier League History?". Unsurprisingly from the title, the topic of the article was when during a match most goals tended to be scored. Even at that point in the game's history, however, the stats remained fairly constant. Here's what they showed:

You can see, then, that the data from between 1992 and 2013 shows that the number of goals scored in the time at the end of the first-half and at the end of the second was equitable to most other 10 minute periods of Premier League matches. This doesn't show the whole truth about the answer to our initial question, but it does show when goals tend to be scored.

Interestingly, Deutsche Welle in Germany produced a piece in June of 2018 that contradicted the piece from The Guardian. In it Professor Daniel Memmert argues that 'there is no significant difference' when it comes to when goals are scored in 5 minute blocks. That being said, he was looking at 'a lot of goals over a lot of seasons in professional football leagues', not just the Premier League.

Knowing that the final moments of each half is statistically the most likely that a goal will be scored in the Premier League is one thing, but knowing why that is the case is something else entirely. The English top-flight division regularly considers itself to be the most exciting in Europe, but are the late goals just a coincidence?

The table above looks how all of Europe's top leagues looked when it came to late goals in the 2016-2017 season.

The Bundesliga only has 18 teams and therefore fewer games. The extrapolated data is if things are altered for it to be a 20-team league and therefore the same number of games as the other leagues.

You can see from the table that the Premier League had considerably more goals scored towards the end of each half than Europe's other main leagues, but why is that the case? Can it just be that the players are more inclined to score then because they feel like they're supposed to? Or is there more to it than that?

In actuality part of the answer is far easier to understand than you might imagine. The simple fact is that the Premier League tends to boast more stoppage time than Europe's other big leagues. On average the English top-flight had 2.9 minutes stoppage time at the end of the first-half in the 2016-2017 season compared to an average of between 1.4 and 2 minutes in the other divisions.

Here's what the average stoppage time looked like in 2016-2017 in all of Europe's top leagues:

Obviously the longer you have to score goals the more of a chance there is that you'll do so, which partially explains the Premier League's increase in goals compared to the other top leagues on the continent.

Quite why the Premier League boasts more stoppage time than the likes of the Bundesliga, La Liga and Ligue 1 isn't clear, though it's likely to be down to the referees being more keen to ensure time-keeping is as accurate as possible. Not that those watching a match would know, given the sheer amount of time-wasting that is common in England.

There's also the fact that the Premier League is widely considered to be a more demanding league than others in Europe. This means that players are likely to tire more in England than elsewhere, especially mentally. Goals conceded towards then end of a game can therefore be explained by defenders taking their eye off the ball, so to speak.

It's also worth bearing in mind that defenders are substituted far less often than attackers, so it makes sense that the defensive players would be more tired, both mentally and physically, than an attacking player who has only recently joined the action. With that in mind, the proliferation of goals towards the end of a half, and especially of a game, makes sense.

Indeed, some analysis ahead of the season suggested that as long as 5 hours worth of football could be added onto the Premier League season because of the introduction of the VAR system. The analysts looked at domestic leagues that already used VAR and compared it to the English top-flight and found that VAR matches lasted an average of 50.2 seconds longer.

Extrapolated over the course of a season that amounted to 5 hours, 17 minutes and 56 seconds. The average stoppage time of previous Premier League seasons had been 4 minutes and 4 seconds, so the likely addition of time owing to contentious calls was a concern. On top of that there was also an increase of penalties awarded by 12%.

Those that watch the Premier League on a regular basis will be quick to point out that neither thing appeared to happen as often as it should have done. The amount of stoppage time added in some games was very long, whilst in others it remained curiously short in relation to the number and type of incidents that had occurred. Equally not as many penalties were given as probably should have been.

In the opening 10 matches of the Premier League season there were 65 checks by the Video Assistant Referee, with 3 of those resulting in a decision being over-turned. Here's a look at each match, the number of VAR checks and the amount of stoppage time added in each half:

The above table indicates something that many football fans have long suspected: more time is added at the end of the second-half of a match than the first-half. It's almost as if referees add some of the time from the the first period onto the second for some reason. It also shows that an increased amount of stoppage time was added, but arguably not as much as you'd expect for the number of incidents in each match.

In the Liverpool versus Norwich City match, for example, there were more checks carried out in by the Video Assistant Referee than in any other match, yet there was amongst the lowest amount of time added on in total. That is likely to be because every goal is checked and it was a high-scoring game, but it won't be the only reason.

Some Teams Get More Injury Time Goals Than Others?

The aim of the article was to see if the big sides received more generosity from referees, especially when at home. Ultimately, though, the found out that they did not. Indeed, the side that was given more injury time than any other that season was Newcastle United, who played 5 minutes and 15.6 seconds injury time on average at St. James' Park.

That was the highest amount, compared to the average of 4 minutes and 18.6 seconds played at Anfield, the home of Liverpool. Arsenal had the same amount of stoppage time added to their games played at The Emirates, whilst Chelsea had the third lowest at 4 mins and 31.2 seconds given to them at Stamford Bridge.

The idea of 'Fergie Time' was also shown to be something of a myth. Though Alex Ferguson had retired by the 2014-2015 season, it's still notable that the Red Devils were only given 4 mins and 37.8 seconds of stoppage time at Old Trafford; the sixth lowest amount in the division.

Stoppage time goals can make all the difference, with Transfer Markt's 'Table Without Stoppage Time' showing that Liverpool would have won the Premier League title instead of Manchester City in 2018-2019 if stoppage time hadn't been played that season. Equally Arsenal would have finished 4th instead of the Merseyside club in the 2016-2017 campaign.

Finally, a piece by the Daily Mirror in 2018 revealed that there are 5 teams that have scored more goals in the final minutes of a game than Manchester United. Here's the list:

Manchester United, if you're wondering, had scored 19 goals in second-half stoppage time by the time of the article's publication.