What Is The Betting & Gaming Council And What Does It Do?

In July of 2019 it was confirmed that the Betting & Gaming Council would launch, replacing three different bodies in the form of the Remote Gambling Association, the Association of British Bookmakers and the National Casino Forum. It was presented as a fait accompli, with the RGA and ABB winding up as a result of its launch.

The obvious questions in the aftermath of that is what exactly its job is and whether or not it's really needed. Were the RGA and ABB two pointless organisations, or was there just so much crossover that putting them together made sense? The newly formed body represents around 90% of the betting firms that are licensed for business in the United Kingdom.

The RGA and ABB 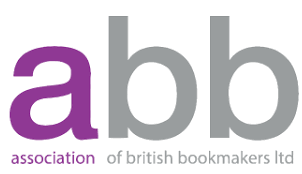 A trade association that represented members of the gambling industry that offered their services online to Europe, it was based in London and Brussels. It was the largest such association in the world and offered a single voice for the gambling industry on important issues such as regulation and legislation. It's the online side of things that is the most important, given that it is what allowed the RGA to differ significantly in its role from the ABB.

The Association of British Bookmakers did many of the same things as the Remote Gambling Association, with the major different being that it acted on behalf of bookmakers that were land-based. It was the premier trade association for physical bookmakers that were not based on racecourses, with around 85% of land-based bookies represented by the ABB. With integrity, safety and purpose being at the top of the ABB's list of priorities, it was an organisation that strived to work with lobbyists in order to provide an environment for punters that was safe and secure.

Why Was The Betting & Gaming Council Was Needed?

You can see from reading about those two organisation that there was a lot of crossover in what they were doing. Both were representing two sides of the same coin, fighting on behalf of the bookmakers and their various operations. Nowadays the online side of the market has grown to become bigger than ever, with the Remote Sector contributing £5.3 billion of the overall £14.4 billion Gross Gambling Yield of the gambling industry between April 2018 and March 2019.

Whilst there are a number of bookmakers with both an online and a high street presence, there are now virtually no bookies that operate on the high street but not online. That meant that the ABB was becoming less relevant in terms of fighting for the cause of bookmakers and the RGA was becoming more important, given the fact that plenty of bookies rely more on their online income than they do the money that comes into them from physical punters. As that became clearer and clearer, it also meant that the status quo wasn't sustainable.

As a result of that the idea of offering one unified voice for the industry became an important one. It is perhaps best summed up by Paul Darling, the former Chairman of the Association of British Bookmakers who said about the BG Council's formation, "I welcome the creation of the Betting and Gaming Council which will enable the sharing of best practice across the industry and significantly increase the capability for innovation on new safer gambling measures".

The Mission Of The Betting & Gaming Council 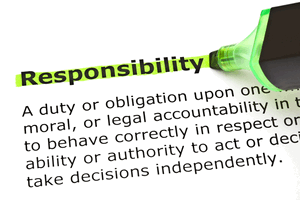 The betting industry is worth more than £14 billion to the British economy, with more than 100,000 people employed by the various companies that exist within it. The newly formed body has a mission of 'championing' industry standards as well as ensuring that customers are able to enjoy a safe, fair and, where possible, enjoyable betting experience from the various members of the BG Council. That was the sentiment expressed by Brigid Simmonds, the Chairperson, upon its launch.

One of the chief aims of the Betting & Gaming Council, at least during its formative months and years, is to tackle the issue of problem gambling and the industry's approach to it. The hope is that it will help to increase public trust of gambling firms, setting a 'high standard' for dealing with problem gamblers and the way that they're dealt with by the betting sector as a whole. The first part of that aim is the creation of a new code of conduct, which all companies joining the association will need to sign up to.

Who The Betting & Gaming Council Works With

The Betting & Gaming Council has been set up to work closely with the United Kingdom Gambling Commission, which is the country's regulatory body for gambling. The pair of organisations will work together to introduce a nationwide strategy to combat gambling related harm, with a message promoting responsible play at the heart of that. The BG Council will also work in tandem with GamCare and the Young Gamers and Gamblers Eduction Trust in order to educate young people about safer gambling.

Representing around 90% of the gambling industry not including lotteries, the Betting & Gaming Council has put forward a series of 'enforceable commitments' for its members. The members are therefore 'obliged' to consider those commitments in all of its dealings. Whilst the BG Council doesn't technically answer to any specific government department or minister, they do work in close association with Members of Parliament in order to further the agenda of the gambling industry members that the Council represent.

Members also agree to adhere to both the Industry Group for Responsible Gambling's Code for Socially Responsible Advertising and the Gambling Anti-Money Laundering Group's aims of combatting money laundering. They will work with the financial services industry as well as advertising bodies, national stakeholders and other members of the gambling industry to ensure that things work as smoothly as possible in the transition.