Can You Legally Take Bets Or Host Games If You Don't Have A Gambling License? 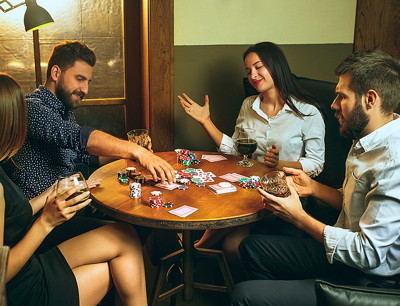 Betting is something that many people associate with taking place inside casinos, bingo halls, arcades or land-based bookmakers. Places where you officially make a wager on a certain outcome happening in a sporting event or a game and receive a pay-out if that wager is correct. And while that is a common form of gambling (which is also accessible online), what about those people who place bets against each other in standard everyday life? Or those small venues, like pubs, that have their own lotteries or bingo nights that people can involve themselves in?

Is there any specific legality around these types of events? And if so, what exactly does it mean for them? Is a licence necessary for you to host your own raffle or casino night if you’re a pub owner? What is deemed as something that requires a licence as opposed to something that doesn’t require one?

Essentially, we are looking at whether its legal to take bets and host games if you don’t possess an official gambling licence and what it means if you choose to go ahead with doing so if you do require one!

Definition of Different Types of Gambling

There are two different types of gambling in general, with these being designated as commercial and non-commercial (private) formats. Unfortunately, many rules surrounding non-commercial and private gambling are quite complex, so there isn’t really anything that can be considered 100% black or white. Generally speaking, it’s always a good idea to refer to the laws and legislation as best you can when it comes to hosting your own games.

If you were to take a look at the UK Gambling Commission’s Gambling Act 2005, this permits gambling without any specific permission to occur under limited circumstances. It is this section of the Act that relates to non-commercial gaming – thereby, betting or gambling that occurs outside a casino or bookmakers. These non-commercial events are only deemed as such if no part of the proceeds is for private profit or gain. The proceeds of such events “may benefit one or more individuals” if the activity occurs for one of two reasons, which are:

Let’s say that a bingo event was being put together by a pub in order to raise money for someone who needed a wheelchair. This is considered as a non-commercial gaming activity, as all proceeds would go towards the funding of that wheelchair. It’s a charity event.

On the other hand, the same pub holds a lottery style event for its visitors one night and all the proceeds from that go to one winner or are split between two people, for example. This is also considered a non-commercial form of gambling, because the pub itself isn’t making money from the lottery. This differs to a bookmaker or casino, because part of everything gambled at these establishments goes towards the company. In that circumstance, the establishment requires a licence to conduct such activities.

Where private gaming is concerned, the Act defines this as equal chance gaming, where there is no charge for participants to enter and it occurs somewhere that the public does not have access to. In this circumstance, you are looking at inside the workplace, for example.

Domestic and residential gaming remain operational as forms of private gaming, but they are subsets of such. Domestic gaming can occur if it takes place within a private dwelling and is it on a domestic occasion, while residential gaming is allowed if it occurs within a hall of residence or hostel, for example.

You may have been to your local pub and noticed signs that it’s going to be hosting a bingo night or a poker night, for example. It’s not uncommon for that to happen, as it allows the pub to bring more customers in and henceforth, there is a higher possibility of selling drinks to participants.

Poker can be played within a pub, although it’s necessary for the establishment to follow the Code of Practice for Equal Chance Gaming in Clubs and Premises with an Alcohol Licence. Poker tournaments are also allowed in pubs, although it is recommended that you seek legal advice prior to doing so, to ensure that everything is done within the law. Poker leagues can also be hosted by such establishments, provided that this isn’t linked to gaming. The Gambling Act 2005 suggests that a game of poker is able to be played on one set of premises as long as it is not linked to such taking place on another.

Games of poker are defined as being linked if players in more than one pub are competing in the same game across premises or if the amount of the prize is determined by the number of people playing in different pubs. The maximum prize that can be won in each poker league game is £100 and the maximum stake per player is £5 per game, with the combined stakes within the premises not going above £100 per day. No participation fee can be charged by the pub or club, either.

Playing Bingo in the Pub 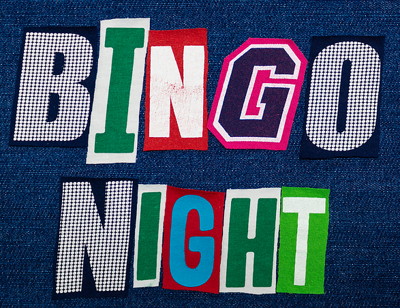 Bingo is able to be offered on alcohol licensed premised, as well as other locations like members’ clubs and commercial clubs, for example. And this is possible without a licence as long as the games are solely for adults and aren’t linked to games being played on other premises. Limits are in place for the amount that can be charged for participation in such as well.

All premises hosting such bingo games must also ensure that the maximum of £2,000 per week in stakes/prizes is not exceeded. Otherwise, a bingo operating licence must be applied for to do so. Per game, no more than £500 in stakes and prizes can be made available to participants.

Of course, it’s important to remember that the rules in place in the UK are not international, so this doesn’t mean that if you travel to another location, you can host your own bingo games in the hotel lobby, for example. Various stories have surfaced over the years of tourists being detained by police for illegal gambling, such as the story a couple of years ago where British tourists held their own game of bingo in a pub in Benidorm, Spain. The police raided the pub, confiscated the €1,447 within the game and another €21,000 from a safe, due to the fact that bingo in Spain always requires a permit.

Non-commercial race nights are considered as events where participants will stake money on the outcome of live, recorded or virtual races. In the same sort of vein, non-commercial casino nights are classed as events where players stake money on casino-style games, like roulette, blackjack or poker. These events can be held in pubs and other venues, although they must not be used for private gain, with all money going to a good cause. This includes any entrance fees, sponsorship of such events and the difference between stakes placed and pay-out made. 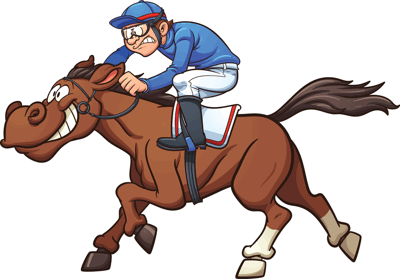 Race nights are able to be hosted for charitable purposes, although in some circumstances, they’re only able to be run if done so by a licensed betting operator and after the owner of the premises has informed the local authority. Three types of race night exist, and these are:

The first two of those can be organised for charitable purposes.

Non-commercial gaming requires the selection of a horse by a participant, without the prior knowledge on odds or form. It must be purely based on chance. For example, archive films of horseracing without the revelation of the details of each race played would work as such. Venues can host such nights without the requirement of a licence, but this needs to fall into one of the three categories below:

When it comes to occasional use notices, this type of race usually relies on bets being taken by a licensed betting operator. It can only be organised at sporting venues under an occasional use notice (OUN). Obviously, if this one is held within a pub or other venue, this is of little consequence. However, the bets themselves must be taken by an officially licensed operator, regardless of if for charity or not.

In terms of private gaming, this may only take place in a location that the public isn’t able to access. No charge must be made for active participation in private race night participation, nor may any amount be deducted from stakes or prizes. No profits can be made from private gaming at all, which is why this one is not possible to set up for charitable purposes. 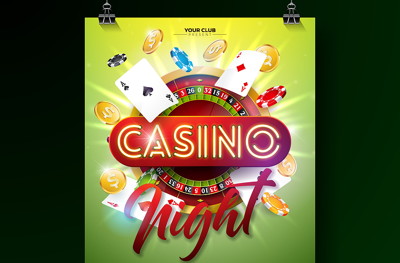 Non-commercial casino nights can also be run without an official licence, and as with race nights, this must fall into one of three categories – non-commercial prize gaming, non-commercial equal chance gaming or private gaming.

In terms of the non-commercial prize gaming, players must be informed of the prizes beforehand and which good cause the proceeds will go to as well. The casino gaming determines the individual winner or winners, so this would be done for example by counting the number of chips and determining who has the most by the end. Winners are then announced and awarded the prizes advertised in advance.

Non-commercial equal chance gaming can also be held in relation to casino gameplay. This is directly relative to poker and bingo games, where everyone has an equal chance of winning the game(s). Charitable funds are usually raised through an entrance fee, participation fee or other payments related to gambling, in this instance. The maximum amount that a player can be charged though, is £8 per day and the total amount paid out must remain below £600.

Last of all, private gaming is exactly the same as for race nights, in the sense that it must be held within a place that the public does not have access to. So, a group could hire a specific room at a pub or gaming hall, shut away from the general public. No charge should be made for participation in such, and no amounts can be deducted from the stakes or prizes in this circumstance.

As you can probably tell by now, the potential for unlicensed gambling and betting is there. It just depends upon the situation that those events are being held under. Most of the time, it generally means that the establishment such games are being held in aren’t making profit from the betting taking place. For this to occur, the venue would definitely require a specific licence.

Fortunately, pubs, clubs and other venues can host gaming nights of various types outside of those parameters and not need a licence to do so. Granted, there are certain restrictions when it comes to the maximum stakes/prizes/participants and so on. Yet, this allows such establishments to welcome more people in, and in the process they’re likely to purchase drinks and food and return for non-gaming nights.