Bizarre Novelty Bets & The Strangest Things You Can Bet On 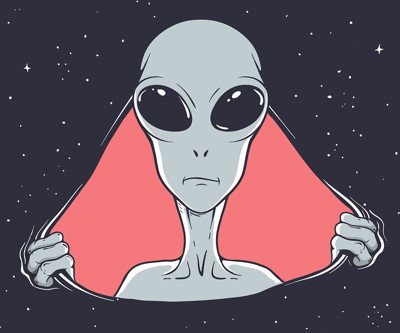 Everyone has their own reason for enjoying placing a bet or two. Obviously the possibility of winning money will be high on the list for some, whilst others might bet on their football team’s rivals to win in the hope that it will ‘jinx’ it and stop it from happening. The more outlandish a bet is the longer the odds on it will be, which appeals to those looking to make money.

Of course, the problem with outlandish bets is that they’re not very likely to actually happen. Just because a bookmaker is willing to accept wagers on a market doesn’t mean that you should actually take them up on it. After all, what’s the point on betting on the end of the world if you wouldn’t be there to collect your winnings?

Before we look at the current world of weird and wonderful wagers that you can place with various bookmakers, let’s first have a look back at some of the ones that have gone before. This will help us to explain the sort of markets that we’re talking about. It’s fair to say that not all of them are all that tasteful, especially when looking at some of the markets offered by Paddy Power over the years.

2008 - President Barack Obama To Be Assassinated

When Barack Obama became the first black person to be elected to the highest office in the United States of America, most bookmakers immediately confirmed that they would not be offering odds on him being assassinated. Not so Paddy Power, who immediately accepted bets on him somewhat euphemistically ‘not completing his first term in office’.

Eventually they took down the bet on the grounds that it was quite offensive, but the fact that they’d even offered it in the first place gardened them a wealth of press coverage. That, of course, was what they were in it for in the first place, long-believing that no publicity is bad publicity and doubling up on being in the papers when they then withdrew the bet.

Which would end up being the first species that was wiped out as a result of the Deepwater Horizon oil spin in 2010? That was what this bet was asking people to predict. Guess correctly and you’d win your bet, but if no species went extinct because of the spill then all bets would be losers.

2011 - Polar Bears To Be Declared Extinct

The ongoing issue with climate change, global warming and the people elected to high office who don’t believe it’s a real thing, the ice caps continue to melt. At some point, we’ll be looking at a situation whereby the polar bears that call the ice their home will not be able to live there and will go extinct. Do you want to place a bet on when that will happen?

When a football manager is sacked, a whole host of names are usually in the mix regarding who will take over from them. Even so, Paddy Power hit the number one spot in tasteless offerings when they allowed people to bet on former Aston Villa player Ugo Ehiogu, who died in April of 2017, taking over the manager’s role at Birmingham City. 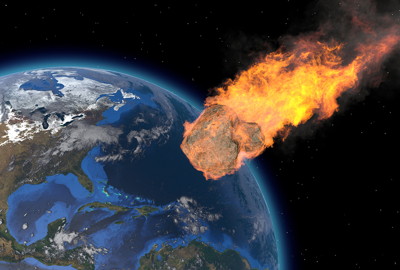 The world of novelty bets nowadays feels somewhat more prescient than it did even a year or two ago. Bets about the world ending don’t feel quite as amusing to read about when we’ve also seen a killer virus infect the planet and are constantly fed stories in the newspaper about meteors rocketing towards Earth and aren’t totally sure whether they’re going to miss.

Even so, bookmakers are never shy about offering odds on things that seem outlandish and yet still have a slight chance of coming true at some point. Ok, it’s not overly likely that Elvis Presley will do another concert any time soon given that he died in 1977, but that doesn’t stop some people from having a wager on it when the mood takes them.

Betting On The Next Pope

The idea of betting on the next Pope isn’t outrageous in and of itself. The head of the Catholic Church is usually an older man, such is the experience required to win over the other Cardinals to vote for them. That means that they’ll need replacing more regularly than other positions, such as monarchs, prime ministers or presidents.

No, it is the people that often feature in lists of Next Pope betting that make this an interesting wager. A Quick look at the market with Paddy Power will see the usual lists of Cardinals sit alongside some rather less expected wagers. These include the following:

Whilst none of those outcomes are impossible, it’s fair to say that they’re extremely unlikely. The Pope is decided upon by the College of Cardinals after they’ve been locked together inside the Vatican. They’re not the sort of people who take their work lightly, so the chance of them deciding that Bono is the man to lead the church forward is somewhat slim.

When the world was trying to deal with the issues caused in every country by the outbreak of the Coronavirus, few people wanted to read about the 36 alien civilisations that were believed to be in the Milky Way communicating with each other using radio signals. It seemed like something of a ‘not now, aliens’ type situation for most people.

It’s important to point out that not everyone will have been disappointed, though. The Kepler Space Observatory offers data that suggests as many as two billion planets in the galaxy Earth is floating around. Little wonder, then, that plenty of people have put bets on the existence of alien life being proven.

The sheer numbers suggest that it’s a matter of ‘when’ alien life is discovered rather than ‘if’, so those placing bets on it will have to hope that they really do come in peace. The last thing people who have placed such a wager will want is for them to be proved correct only for the aliens to decide to blow the world up, Independence Day style.

When Will The World End

It’s fair to say that the very idea of the world ending will feel more pressing than ever to a lot of people after what’s happened in recent years. Whether it be the ever-present threat to the West from North Korea, the rising up of populist leaders who don’t believe in climate change or just the manner in which the world can be laid low by a virus, there’s something of a constant threat around.

When it comes to weird bets, surely this is the oddest of them all? Much as those betting on alien existence will hope that the aliens come in peace, are those betting on the world ending hoping that it’s just going to be them and their local bookmaker standing at the end of it all? Even if that were the case, would the bookie not technically say that their very existence means the world hasn’t ended?

If we’re honest, the fact that bookmakers even offer odds on the world ending feels very much like them printing money for themselves. They know full-well that it will never be paid out, so is it somewhat immoral for them to take the bets in the first place? That’s something of a philosophical debate, but ultimately if people want to place a bet on something is it down to the bookies to say that there’s no point?

The Colour Of The Queen’s Ascot Hat

Every year the Queen gets dressed up to attend Royal Ascot. Bookmakers see a flurry of bets when the horse racing event rolls around, with people desperate to have a wager on what colour her hat will be. For some, it is about the least interesting bet you can place, but for others it’s the sort of thing that they love to opt for because they enjoy both horse racing and the Royal Family.

Sometimes it’s not actually clear what colour the Monarch has opted for. In 2019, for example, there was some debate about whether she was wearing grey or blue. Bookmakers actually paid out on it being grey, but a host of people said that it was, in fact, blue. The Daily Express newspaper put two pictures side-by-side in which it looked grey in one and blue in another.

As always with these things, what the bookies say is final. They were helped by confirmation from the Palace that Her Majesty had opted for ‘metal grey’ as the colour of her outfit. When it comes to betting on the colour of the Queen’s hat, bookmakers aren’t overly specific. If you bet on blue and it ends up being pastel blue, the chances are they’ll pay out without the exact shade being named.

If you like to place a bet, a film bet, then James Bond is often a hot topic. Every time one film is released and the fuss over it has ended, British bookmakers quickly turn their attention to who will be next to pick up the Walther PPK, slip on the Omega and sidle up to M before going on an adventure around the world. It’s obviously not quite as weird as the world ending, mind.

Still, it deserves a place on this list for the sheer number of people who tend to bet large amounts of money on it happening. In fact, plenty of bookies will often suspend betting on the market if too many people place money on a specific actor taking over the reigns. Ironically, many bookmakers will also offer odds on tens of actors to play the role, suggesting no one really knows anything.

Whilst most of the topics elsewhere on this piece are ones that would very much fit into the bracket of being ‘bizarre’, many of the most popular wagers are actually those placed on far more cultural events. Political issues are always things that you can bet on, though they tend to fit far more readily into the category of ‘boring’ than novelty.

If you want to place a wager on something that is more interesting and is constantly changing then make sure to have a look in your bookmaker of choice’s cultural area. They won’t call it that, of course, instead opting to name it after whatever’s popular at that particular moment. The likes of musical talent shows on television fit into this list, for example.

There’s also the likes of the Oscars, with the Academy Awards rolling around every year and regularly gaining huge interest from bettors who feel like they know which films and documentaries are most likely to walk away from the ceremony clutching a golden statue. If someone has died on a popular TV show and there's a question mark over who killed them, you will definitely be able to bet on that, too.

The final thing we’ll draw your attention to on this page is the wealth of random events that take place in quite localised areas that people love to place a bet or two on. Have you ever been to Ireland when the Wife Carrying Contest has been going on, for example? Or how about the Cheese Rolling Competition that takes place annually in Gloucester?

If neither of those things tickle your fancy then maybe you’ll be more interested in the Health World Bog Snorkelling Championships that are an annual thing. Regardless of which one is the one that interests you, the important thing is that there’s plenty of opportunity to bet on weird and wonderful things going on in small pockets of the world every year.