What Is Courtsiding And Is It Legal? 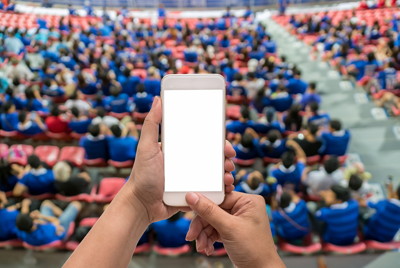 People who bet have always been looking for ways to give themselves an edge compared to the bookmakers who take the bet in the first place. One man became so obsessed with it that he spent years developing a computer algorithm that meant that he could win more than £1 billion on horse racing. Indeed horse racing has long been a sport that has been targeted by those looking to take a shortcut to victory, like when the owners of Gay Future tried to use two identical looking horses to trick the bookies.

Bookmakers are wise to most people's tricks nowadays, of course, but there are still ways that the most inventive out there can attempt to get one over on the big companies in order to win themselves some money. One such example is the thoroughly modern practice of courtsiding, in which people communicate with someone who is watching an event live and is able to send them information about the event's outcome before bookies have had a chance to update their odds, giving a small window of opportunity to make good money.

The most common sport this occurs in is tennis, which is where the name comes from.

Courtsiding is essentially the practice of taking advantage of a delay in a bookmaker's ability to update their odds. It involves someone watching an event live and communicating with other people who can place a bet before the odds are either changed or else the bet is closed altogether. If you've ever bet In-Play on an event such a football match then you'll know what it's like when you're trying to place a bet but it's suspended because a team is attacking or a set-piece has been awarded.

The activity was given its name because it is most common for it to be done during tennis matches. Spectators sit at the side of the court and communicate the outcome of points or games to colleagues who then place the bets. Whilst it was obviously a practice long before this, it first came to the public's attention when Daniel Dobson was arrested at the Australian Open after being discovered with an electronic device sewn into his shorts that was connected to a mobile phone that relayed the signal to others and told them about the event of a match.

Is The Practice Illegal? 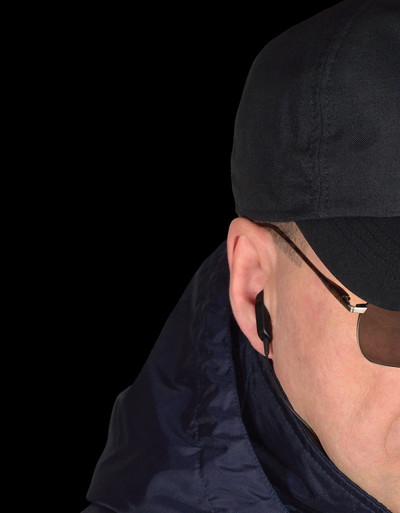 The most obvious question about courtsiding is whether or not it is illegal. The answer is at least slightly complicated. It isn't illegal in the United Kingdom at the time of writing, but it isn't really allowed either. When Dobson was thrown out of the Australian Open it was for 'engaging in conduct that would corrupt a betting outcome'. For that reason you're unlikely to be arrested and thrown in prison if you're found to be engaging in courtsiding but you will be asked to leave the venue and it's possible that you might be banned from ever returning.

That's why those who wish to engage in the activity are having to become better and better at hiding the fact that that's what they're up to. There's a reason that Dobson had his device sewn into his shorts after all. It's been known for people to wear headsets underneath wigs that allow them to communicate with people at the other end of a telephone but with the headpiece hidden from view. Some venues are even employing courtsiding spotters now, whose job it is to keep an eye out for people up to no good and draw them to the attention of stewards.

The game of cat and mouse between the spotters and those that they're trying to spot doesn't always work out, of course. Another incident that made it into the press occurred when David Mawer went to watch his beloved Hull City play at the KC Stadium. The Tigers were playing Reading and Mawer was sending silly texts to his girlfriend, only to be approached at half-time by a spotter who informed him that he'd be ejected from the stadium if he carried on using his mobile. Mawer Tweeted about his experience and gained support from other football fans, disgusted at Hull City's behaviour.

Why It Is Frowned Upon 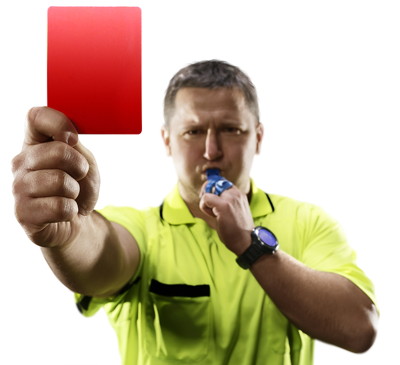 Given that it's not technically illegal, why is it that courtsiding is so frowned upon by the authorities? The short answer is that it's providing one set of people with an advantage over another load of people just because of how they're watching an event. Most of the time courtsiders use Exchange betting to make their money, meaning that they're actually betting against other people rather than betting companies. This is part of what doesn't sit well for those in charge of events.

Imagine for a moment that you're watching a football match in person and you watch a player score a goal. You can then use a betting Exchange to place a bet against someone else who is watching the event at home, but their broadcast could be as much as ten seconds behind live, meaning that you know your bet is a winner but they haven't got a clue. For that reason the idea of courtsiding is morally questionable. To put it another way, would you be happy betting against someone who knew every wager they placed against you would win?

Whilst Exchanges don't usually give you the chance to bet on individual points in a tennis match, fixed-odds bookmakers do. Because they're companies that make millions of pounds every year, those that engage in courtsiding have much less of a problem using it to get one over on bookies. It's fair to say that these multi-million pound companies don't agree with the idea that they're fair game, hence the idea of trying to stop courtsiding however they can. The problem is that this sometimes leads to entirely innocent people such as David Mawer being accused of engaging in the practice when he's actually just laughing at a player's hair with his girlfriend.

The BBC's Can You Beat The Bookies 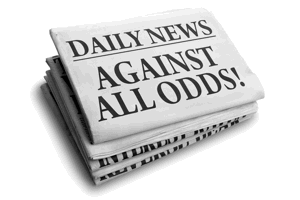 In 2019 the BBC produced a show called Can You Beat The Bookies. In it, the host, Lloyd Griffith, spend time meeting numerous people who engage in gambling practices in order to see if it was possible to do exactly that without losing money. One of the people that he ended up speaking to was a chap who went by the name of Joe and has travelled the world in order to bet on tennis matches.

He claims to have won more than £300,000 thanks to courtsiding, taking advantage of the fact that bookmakers require umpires to input the result of individual points into an electronic device that sends the information back to them.

These devices are used on pretty much all matches that you can bet on, so Joe spent his time looking for umpires who were slow to input the information, giving him a critical window during which he could place a bet. In the most perfect of scenarios Joe would find a match that had a combination of a slow umpire and poor players who won occasional points, meaning that the odds were longer and his chance of winning big was larger.

He must have thought that all of his luck had come in at once during one particular outing. The umpire of the match had somehow managed to lock himself out of his device, meaning that he needed keep putting his pin into it in order to register the point, having to do this every single time. That meant that Joe had loads of time to place his bet online, with the bookmakers not even realising that they were being taken for a small fortune because of the umpire's incompetence.

Should Courtsiding Be Illegal? 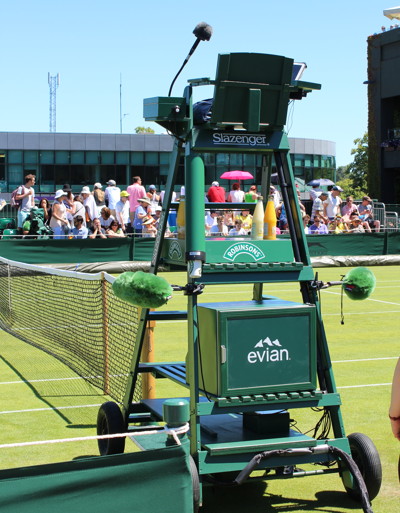 We know that courtsiding isn't illegal, but should it be? That's a difficult question to answer, of course, but one that many people in the industry are wrestling with at the moment. Most people would surely agree that courtsiding on Exchange betting should be banned, given the fact that peer-to-peer betting is only fair if all parties have the same information available to them. The second one person has an advantage over the other it simply means you're taking money out of one person's pocket to put into your own and that doesn't sit right.

When it comes to fixed-odds bookmakers, however, is it a slightly different story? After all, they do everything that they can to ensure that the odds are in their favour at all times. Even if you win they've normally covered their losses, so you can't ever really feel like they're going to be in all the much trouble. Plus, if you tend to win all of the time then most bookies will engage in a practice of simply stopping you from being able to place any bets.  If you are caught too the bookies will likely refuse to pay you out and close your account.

The more often people engage in courtsiding the more likely that it is that companies will get into trouble financially and that's where things become complicated for even those engaging in courtsiding. It's a little bit like the idea of killing the goose that laid the golden egg. Yet as long as bookmakers continue practices such as encouraging punters that lose a lot to bet more, there will be little sympathy for them in the court of public opinion and the majority of folk will feel as thought courtsiding is doing little more than levelling the playing field.

Courtsiding At The Races 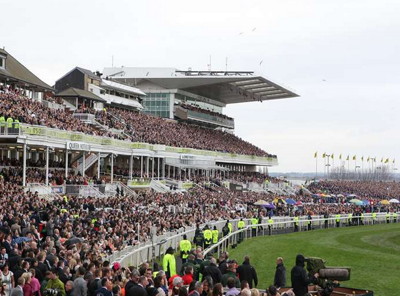 The biggest argument against outlawing courtsiding is a practice that is already not only in place but is also encouraged by certain venues. If you have enough money then you can hire a box at certain racecourses that are complete with high-speed internet connections. These are there specifically to allow the wealthiest to place In-Play bets on the Exchange sites that allow them to make money off other people because they don't have the same information available to them that those at the course have.

The idea of saying that courtsiding should be illegal is therefore essentially saying that people who can't afford to hire boxes shouldn't be allowed to take on the bookmakers but those that are wealthy enough to do so can take money from other punters with impunity. If people are betting large sums of money then it seems as thought the Exchanges don't really mind, given that they operate by taking a percentage of winnings rather than by adding in a cut in the same way that traditional bookies do. Operate on small stakes and that's not good enough to have them wanting you to come back.